Plant a tree in memory of Allen
An environmentally-friendly option 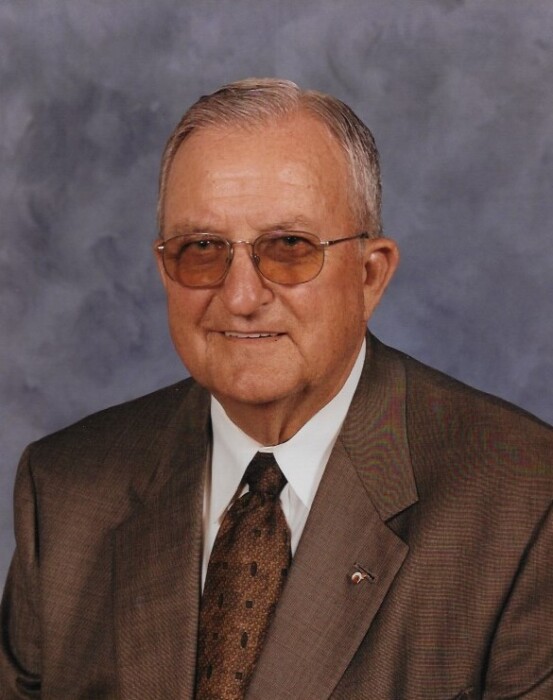 The fullness of time. It is time that is appointed for something to begin or be completed. In the fullness of time Allen Clifton Johnson peacefully went home to be with the Lord on March, 28, 2021, losing his battle with cancer. His work was completed and it was time for exceeding joy to begin, for in the Lord’s presence is fullness of joy. Our joy is seeing all the lives he touched and he made a profound difference.

Allen was born July 1, 1933 in Wilkes County to the late Russell Lee Johnson and Nannie Sparks Johnson. Allen grew up in Wilkes county where he attended Wilkesboro High School graduating in 1950. Moving to Statesville to attend Mitchell College where he began his career in road building. He joined Gilbert Engineering Company as time keeper and later Tarheel Construction as general manager. In 1964 Allen proudly formed Superior Paving Company. Whether it was a city street or an interstate highway, he took great pride in building good roads to help his community and its citizens. Under his leadership Superior Paving Company was the first company in North Carolina to recycle asphalt. Allen later successfully ventured into commercial real estate forming Superior Properties of Iredell.

Allen was a member of Grassy Knob Baptist Church. Most recently he has enjoyed attending Western Avenue Baptist Church. He was a 32-degree Mason, Past Master and life member of Grassy Knob Masonic Lodge #471 AF&AM for 65 years. He was a past president, ambassador and life member of the Statesville Shrine Club. He was a member of the Oasis Shrine Temple, Scottish Rite of Freemasonry and the Royal Order of Jesters Charlotte Court #109. Allen served on the board of trustees of Davis Hospital and Gardner Webb University. The Board of Directors of; Wells Fargo Bank, Carolina Asphalt Pavement Association, Statesville Chamber of Commerce and Iredell County YMCA. He was a chairman of the American General Contractors and American Arbitration Association. He helped organize Trinity Volunteer Fire Dept. and served on the board of directors.

In his retirement years he enjoyed big game hunting, traveling and his mountain farm in Laurel Springs, NC, which he kept in immaculate condition.

In addition to his parents, Allen was preceded in death by his infant son, Ronnie A. Johnson and brother, David Lee Johnson.

A private service will be conducted by Dr. Jeff Spry at Oakwood Cemetery.

Above all Allen loved his Lord and Savior Jesus Christ. He will remain forever in our hearts and will be missed immensely. Online condolences can be made to the family at www.troutmanfuneralhome.com

Plant a tree in memory of Allen by clicking here.
To send flowers to Allen's family, please visit our floral store.

A service summary is not available

Plant a tree in memory of Allen
An environmentally-friendly option

Plant a tree in memory of Allen

1 tree planted in memory of Allen

Dear Johnson family, We can only say that because you’re so important to us, we are so sorry to hear about Allen. Your sorrow touches us deeply. And we want you to know that we care much more than we could ever find words to tell you! Your family is in our thoughts and prayers and may God give you peace, comfort and strength thru the coming days. In Christ love, Bobby (Robert), Susan, James, & “Elizabeth” Davidson (WABC)

To Joyce, Esther, and extended family
Was so sorry to hear about Allen’s death. He was a good, friendly man. I first got to know you folks at the Dr’s office (Marks and Pence) .
Always enjoyed talking to all of you. Will keep you in my prayers. ❤️ Darlene Tomlin

What a lovely man was Allen Johnson...so loved and respected by all who knew him. I remember him so well from my banking days when he was on the Board of Directors. Joyce and Esther and Curtis...I know your hearts are breaking...please know I am thinking of all of you with special love and remembering this very special gentleman!!

Mr. Johnson was a gentleman of great honor who led a remarkable life. I feel fortunate to have known him. The falling leaves & crisp autumn air will give rise to many fond memories of Allen.
John & Joanna Kuhn, Petersburg West Virginia 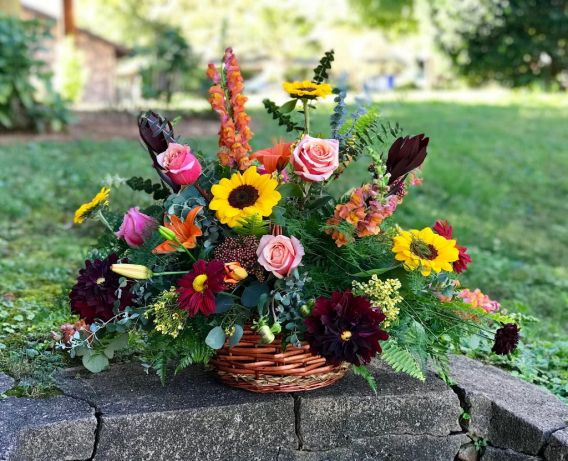 My Sincere Condolences and Prayers to the Family for Their Loss.

Plant a tree in memory of Allen